Whether fans are attending the show in person this week or enjoying the festivities from home, Sideshow has them covered.

Here are just some of the highlights from Sideshow’s booth…

Sideshow’s booth also features a truly exceptional prize. This one-of-a-kind, giant-sized Boba Fett Bust was designed by Urban Aztec and hand painted by Sideshow artist Anthony Mestas — and one lucky winner will be able to take it home!

Sideshow’s booth display features figures, statues, busts, and even life-sized collectibles inspired by a variety of different characters from within the Star Wars universe. The Darth Vader™ Mythos Statue, depicting the menacing Sith Lord™ at the height of his powers, standing atop the wreckage of a downed Rebel X-Wing™! Sideshow’s new Ahsoka Tano™ Premium Format™ Figure is inspired by the character’s appearance in season 2 of The Mandalorian™. Sideshow is also showcasing several figures inspired by their animated appearances in The Clone Wars™. Hot Toys is showcasing a huge selection of deluxe 1/6 scale figures. They’re celebrating the 20th anniversary of Star Wars Episode II: Attack of the Clones™ with several fantastic new releases. They are also showing new figures inspired by The Phantom Menace™, The Empire Strikes Back™, The Clone Wars, The Bad Batch™, The Mandalorian, The Book of Boba Fett™, and even more!

Hot Toys’ 1:6 scale homage to Clone Force 99™ continues to grow! Star Wars Celebration is home to the first reveal of Wrecker™ – who joins his Bad Batch brothers Crosshair™ and Echo™ in the Sideshow booth!

The Mandalorian and Grogu made an appearance on a 1/6 scale Swoop Bike, alongside IG-11™, Cobb Vanth™, The Armorer™, and Koska Reeves™. 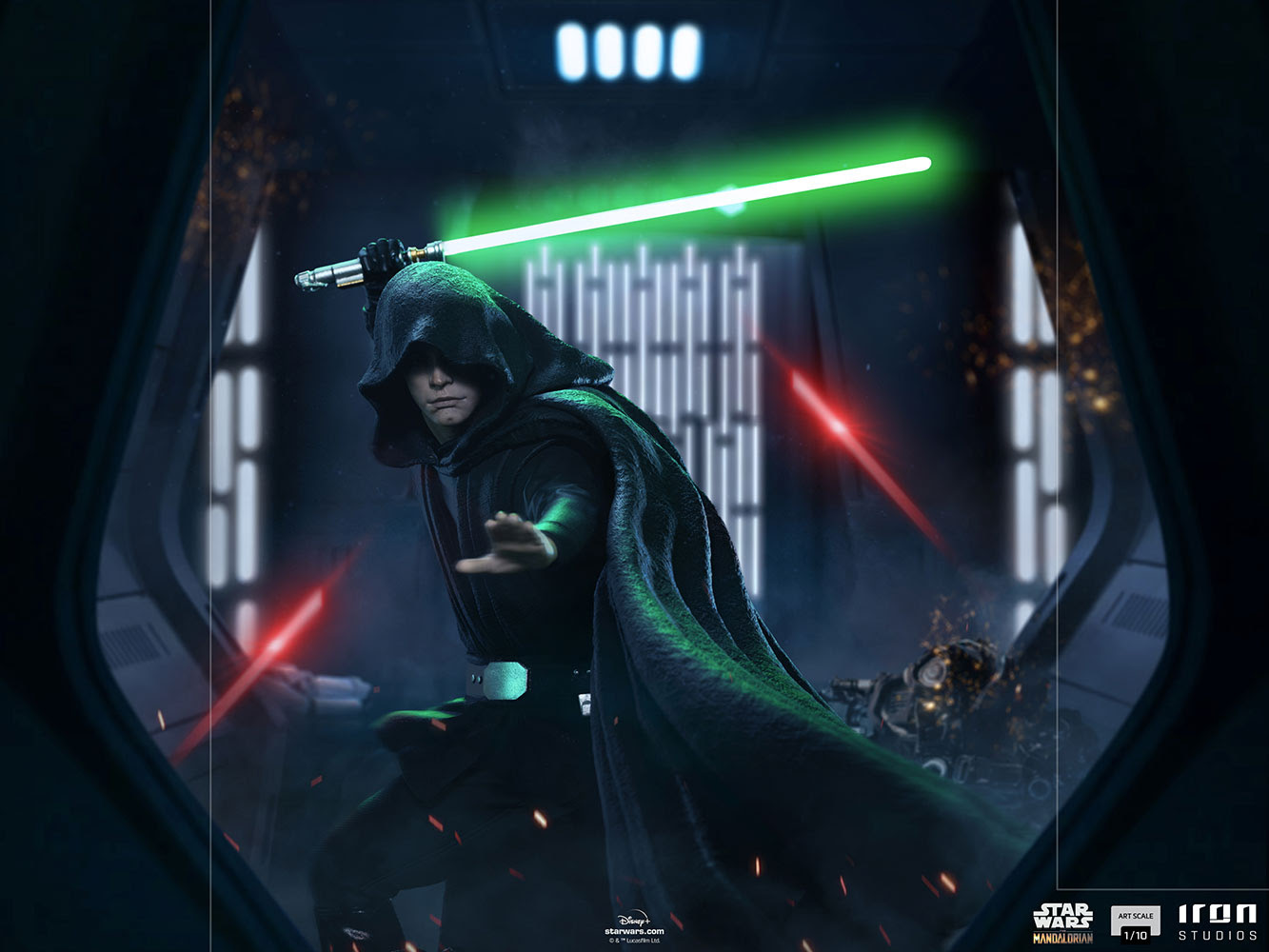 This year, Iron Studios displays an exciting and diverse range of statues, representing memorable moments and iconic characters from throughout the Star Wars pantheon. EFX is showcasing two eye catching and officially licensed prop replicas of the Mandalorian helmet, as seen in the hit show.

Sideshow has invited a diverse selection of artists, designers, and creators from around the world to give C-3PO an artistic reprogramming, while also supporting a great cause*.

Fans at Star Wars™ Celebration were given a first look at just some of these new works of art. Custom busts by Hot Toys, Kayte Sabicer and Norman Chan of Tested.com, and Benjamin Butcher were on display at Sideshow’s booth (#2719), with a large-scale art show featuring dozens more artists planned for the near future.

*For each bust completed in Human Cyborg Relations: The C-3PO Custom Bust Art Show, Sideshow is making a donation to FIRST®; a nonprofit dedicated to introducing millions of young learners to STEM (science, technology, engineering, and math) education to build a better future.

Dear Mr. Grinch, Thank you for a fun day! Preciou

The Holidays in Universal Studios Hollywood is in

Simu Liu went back to EPCOT tonight for his second

EPCOT International Festival of the Holidays is he

Simu Liu is the first celebrity narrator for this

This video was really fun interaction with The Gri

The Mandalorian (Din Djarin) and Grogu (The Child)

A Christmas Fantasy parade is one of my favorite p

Me getting star struck seeing Kevin. Have you seen

Welcome to Animal Kingdom! Will be posting a video

It’s a perfect time to visit Walt Disney World a

That was a fun day. It was EPIC! Time for food and

ICYMI, like I did! I’ve got one word for you, Mi

New Holiday Cookie Jar available at the Emporium i

Theme parks and more. Bringing you Disney, Universal and other places in between.